In the 1970s, the bridge carried Mamtani from India to Europe. As a member of Neo-Tantrics, he joins the Swiss group, The Spiritual in Art. What was to follow were worldwide exhibitions in New York, London, Paris, Berlin, Moscow, Tokyo, Melbourne, New Delhi and Milan. At a crucial turning point after that Mamtani turned away from the abstract object form and the “faces” grew out of the Mandalas. He now aims to depict human emotions, “Mandala Conscious Beings”.

Mamtani´s figures appear with a mysterious aura, and gravity begins to dissolve.

What is invisible in the real world is visible here. The background of his paintings consists of molecular structures floating in the atmosphere, the so-called “orbs”.

This transmutes the body, thus a fantastic world of thought takes shape and opens the doors into a hidden world. 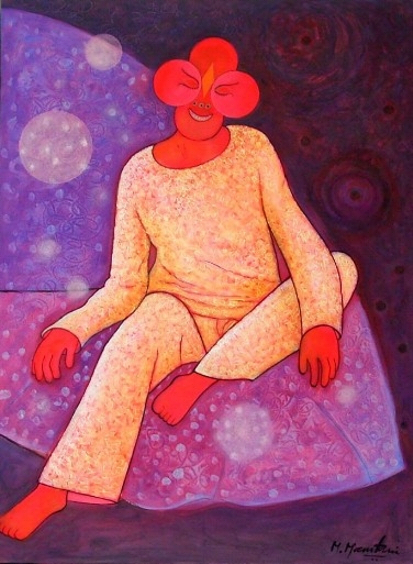 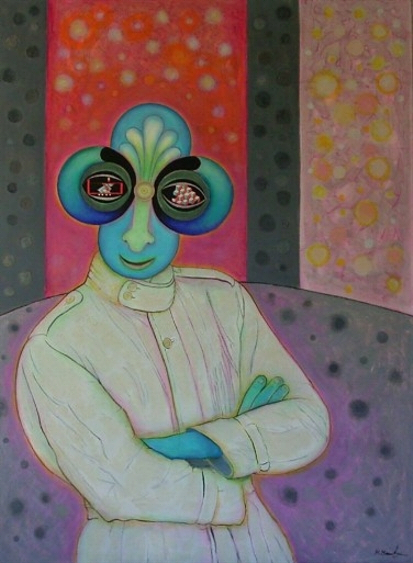 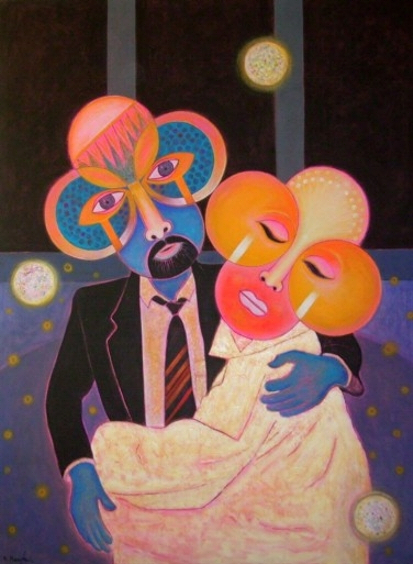 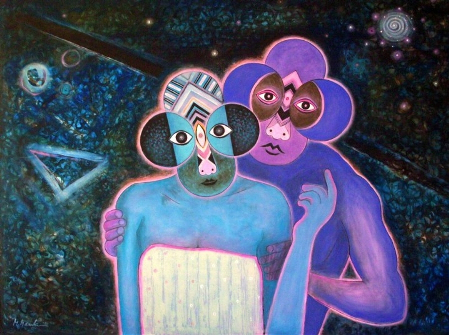